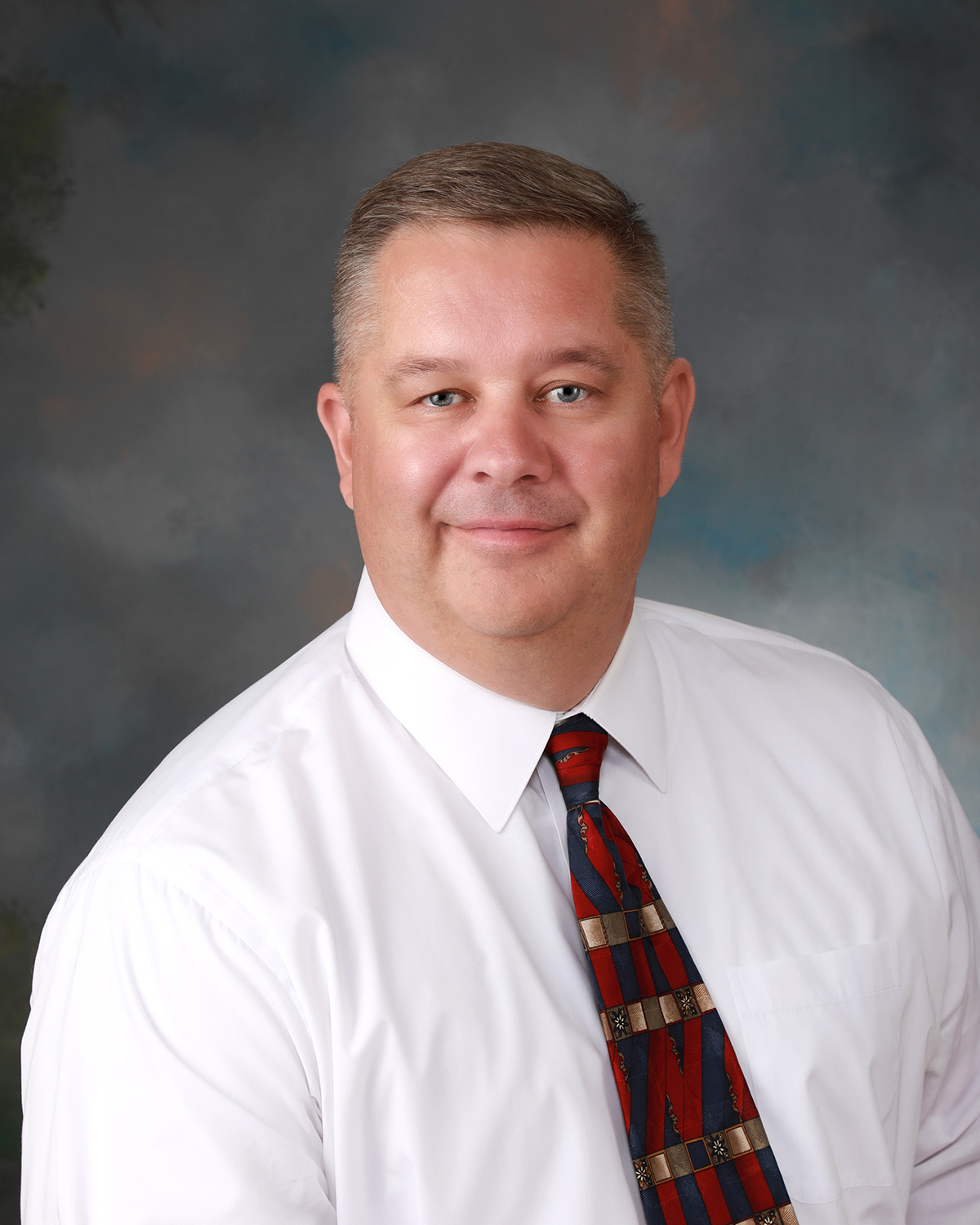 Andy Latham is Sacred Heart Academy’s Athletic Director and Dean of Students. Andy has been connected to Sacred Heart Academy for the past nine years, since his kids joined our school. He has been a proud parent, cheering on his kids, coaching SHA basketball teams, and serving on the SHA Safety and Security Committee.

After graduating from Chippewa Hills High School, Andy served four years in the United States Air Force, serving our country overseas in the first Gulf War. He then returned home and worked for the City of Mt. Pleasant’s Police Department (MPPD) for over 26 years, retiring as Assistant Police Chief just prior to joining our staff. With the MPPD, Andy worked closely with the local schools in many capacities while overseeing the Youth Services Unit. He graduated from Kirkland Police Academy, holds a B.A. in Criminal Justice, and graduated from both the FBI National Academy and Grand Rapids Police Leadership Institute. In his free time, he has helped to coach his own kids for many years, coaching Mt. Pleasant Parks and Recreation teams, Little League teams and elementary basketball teams here at Sacred Heart Academy.

Andy feels sports play an important role in helping teens develop both physically and emotionally, helping build character and leadership qualities, while improving confidence and self-esteem. He believes values instilled while playing team sports and learning at SHA will pay dividends in conquering life’s challenges in adulthood and he looks forward to helping students prepare for successful lives after high school. “I am very familiar with the academic and athletic traditions at Sacred Heart Academy, and I look forward to being part of the tradition of excellence,” he said.