Alum of the Year 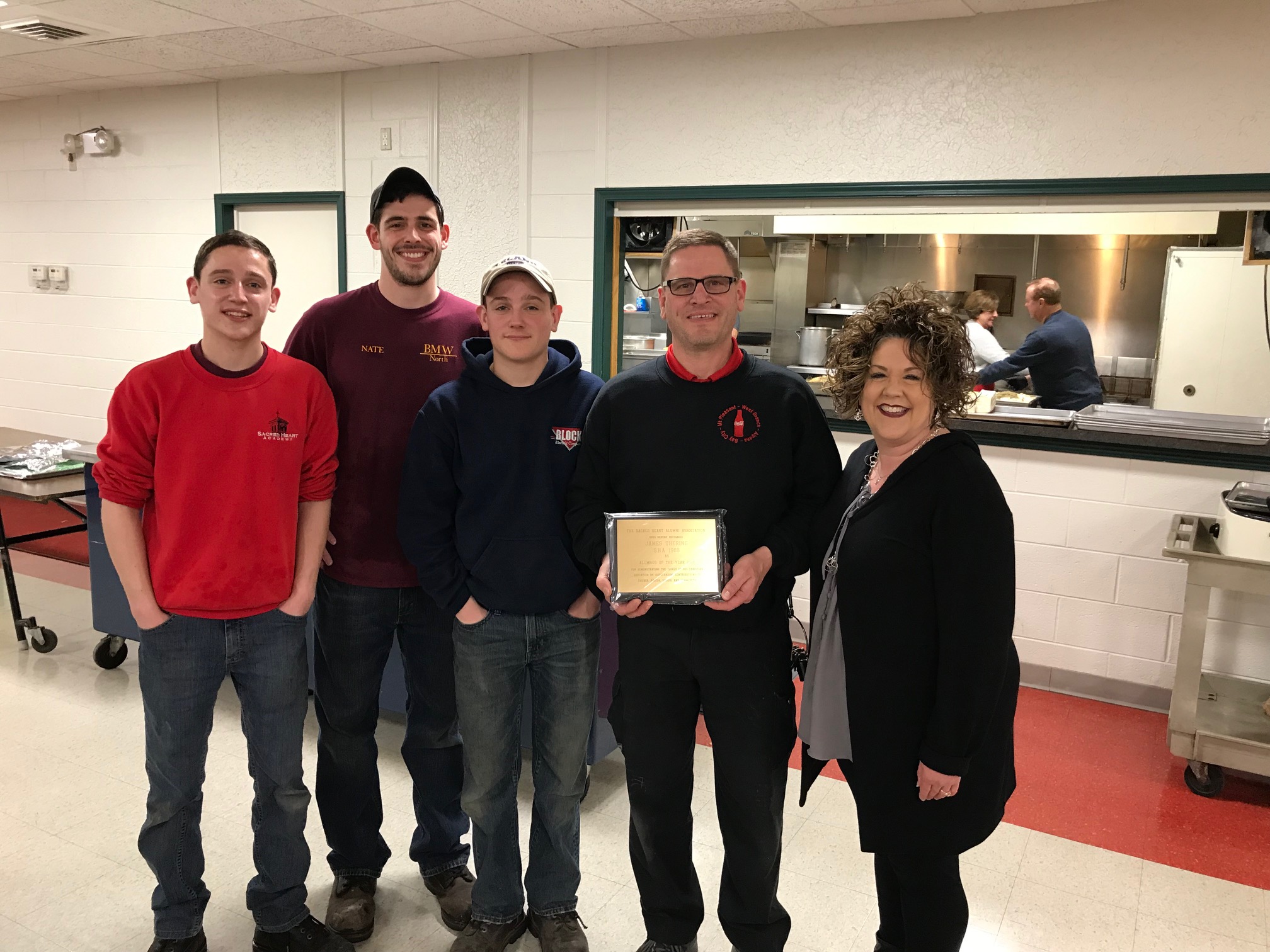 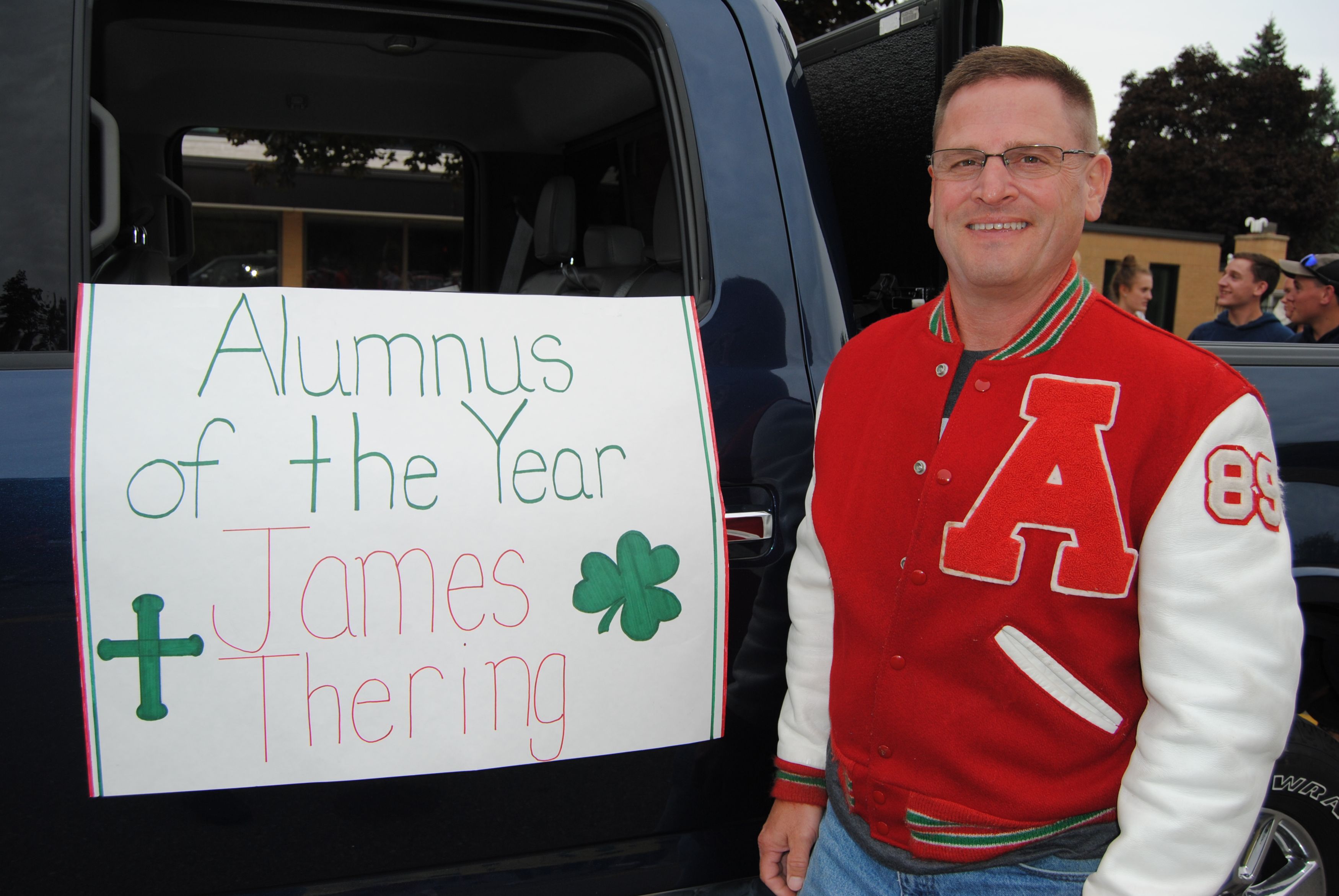 The 2019 Alumnus of the Year says he doesn’t deserve the honor, but the credits have been adding up:  Two terms on the Sacred Heart Academy school board, years of fish fry service, parish festival support (including running a new corn-hole tournament in 2018!), assistance with the Alumni Reception each year, SHAgala volunteer, and more!  In earlier years he was a volunteer for the middle school football program, an SHA cub scout leader, and a member of the Knights of Columbus Council 1297.   James Thering ’89 (grandmother Ann Louise McDonald Thering ’26) says he’s just a “cog in the wheel” at Sacred Heart.  “You look around,” he says, “And you see others doing so much more.  Everyone at Sacred Heart cares about the Academy, and they are willing to pitch in and help.”

James says he always knew what a special place SHA was, and knew he would want his kids to attend the Academy and experience a values-based education.  “I would not have wanted them to be anywhere else,” he says.  He and his wife Amy, married 22 years, have put three boys through SHA.  Nathan ’16 is finishing his junior year at CMU and traveling to Limerick, Ireland for a study abroad.  Twins Adam and Ben will graduate in May and head to careers in trades.  Both are already working in after-school jobs.

“I am thankful to my parents for the sacrifices they made all those years to send me, my sister and my brother to SHA,” James said, remembering his most-famous moment in school when he served as an altar boy for Monsignor Murray.  “I was on television,” he said.

James had other memorable moments.  "Who doesn’t in Mr. Durocher’s class?" he says.   James has also had many valuable mentors, including school board colleague and fellow parent Paul Bigard ’85.  “Paul’s involvement is exemplary,” James says.  “He has a positive outlook and finds valuable solutions for the school.”  James also mentions Terry Coughlin Sr. ’56, Don Hire, and others he works with at the fish fry (one of his favorite volunteer roles) because he says the dedication of those people is admirable.

The Class of 1989 will celebrate a 30-year reunion at Homecoming. James said he knows his classmates will be proud to return to the Academy.  They will find their small school “packs a big punch” these days.   “The STEM Lab is incredible, the safety and security measures are top-notch, and investments in technology have been put to good use,” he says.  “Grads and parents are connected and involved.”

Count James Thering among the connected and involved.  Congratulations, Alumnus of the Year!

Alumnus of the Year Nomination Form